Gambit nAts is diagnosed with Covid

nAts of Gambit Esports, the Russian John Wick, and the world’s best Cypher, recently got diagnosed with Covid 19.

Ayaz Akhmetshin, also known as nAts, was born on July 1, 2002. He is a Russian player currently playing for Gambit Esports.

Gambit Esports recently went on a rampage in the Valorant Masters’ Three Berlin and won the tournament, with nAts stealing the show. 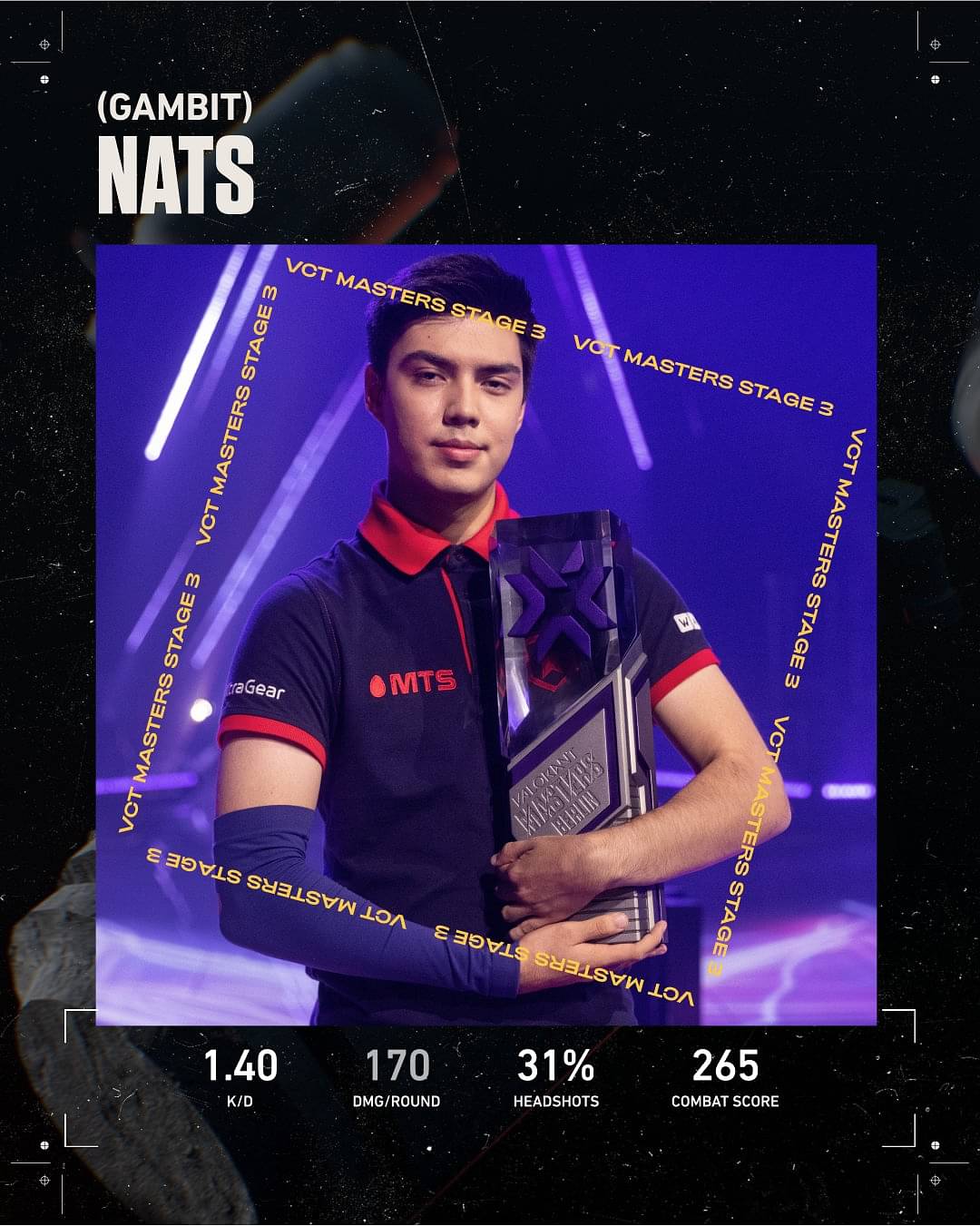 He dominated the Masters’ Three Berlin, with an ACS(average combat score) of 265.9 and a K/D of 1.40. With his performance in Masters, nats have gained huge popularity in his socials and his Twitch Live Streams.

He manages to get over 10k viewers on his streams and almost 30k views on his youtube videos. nAts is a growing talent in the esports world.

Also Read: Valkyrae has removed any mention of 100Thieves and RFLCT due to ongoing skincare backlash from the community.

Gambit nAts on getting Covid 19

nAts tweeted today stating that he will not be able to stream for a week, as he is diagnosed with the Covid.

Unlucky but 👑🦠
This week without streams…

In his tweet he mentions”Unlucky but 👑🦠 ” where “👑” represents corona. As “corona” in Latin means Crown. And “🦠” emoji represents a virus.

nAts seems to be taking well to his treatment for now. His tweet received a lot of positive comments from his fans, hoping he gets well soon and wishing him good health.

We all hope he gets well soon and returns to the streams, so we can watch his domination in CIS ranked Valorant games. We miss his cheesy plays with his stack.

Also Read: Fnatic Boaster to do a Vod Review for India’s Global Esports