Well Played @enigmagamingindia, We have our Winners for #VCC2022 India Qualifiers 1 🏆🏆taking the series from @globalesportsin! 💪

Also read: FaZe Vs Guard: Nets wins an insane 1v4 Ace against FaZe in the first round of the first map 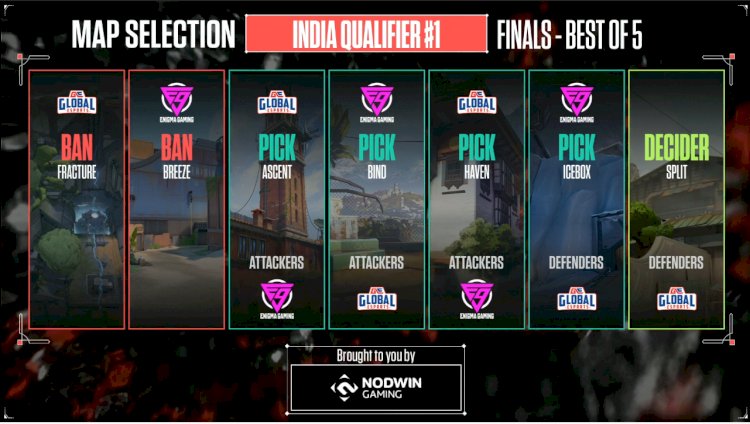 Starting the series on Ascent, GE exerted dominance and won the match with a swift 13-5 score. However, moving into the Bind map, it appeared that the tables had been turned, as EG managed to give them the identical treatment they had suffered on Ascent, winning 13-4. Haven despite being GE’s selection, EG once again took the lead and won 13-7.

Fourth map Icebox ended up being the series’ last map, as EG advanced early and achieved match point, as well as the series point for them. GE showed flashes of life towards the finish, but Excali denied GE’s comeback by a clutch 4k in round 23 and won the map 13-10, giving EG the series 3-1.

Enigma Gaming is now qualified for the VCC 2022 Grand Final Playoffs. Whereas Global Esports is still in the game and will compete in the Wildcard Qualifiers.

Also read: 100 Thieves VALORANT coach Jovi gives an inside look into the team