You would think that the footballer dubbed as the best ever, the one who has dribbled his way past god knows how many world class defenses,  and who plays for arguably the best football club in its time of dominance, would have won everything possible for a footballer! Well, there are quite a few things missing in his enormous list of individual as well as team honors, including the prestigious FIFA world cup. On his 30th birthday, let us look at the top 5 things Lionel Messi has not yet achieved in his career.

While it may seem quite normal; to not score against a team in the champions league; but its not when we talk about Leo Messi. The number of teams in champions league against whom Messi hasn’t scored is quite small, however most of them have played Barcelona just once. But astonishingly, Messi has failed to score against the Londoners on 8 different occasions! While he did manage to beat Petr Cech in Barca’s outing against Arsenal, its quite unusual for a player like him to not have a single goal against a side after 8 games in the CL.

As Barcelona and Chelsea have both qualified for the Champions league next season, it will be pretty interesting to see whether Messi manages to break the deadlock against Cahill and co. if the sides meet each other in the competition.

Making his debut in the 2004-05 season at the very age of 17 years, Lionel Messi has made a total of 583 appearances for Barcelona. He is 184 games behind Xavi, who has the most appearances for Barca, and is 4th in the list with Andres Iniesta and Carles Puyol ahead of him.

3) Most caps for Argentina

Lionel Messi became the captain of Argentine football team in 2011. He has played 118 times for the La Albiceleste, which is 25 less than Inter legend Javier Zanetti. Barca teammate Javier Mascherano is also ahead of him with 136 caps. Still only 30, this record is likely to break should he not announce another retirement!

Back in 2007, a 20 year old Lionel Messi paced his way forward and cleanly chipped the ball over Mexican goalkeeper Oswaldo Sanchez, to score the second goal of an eventual 3 nil win to  reach the Copa America final. Being unbeaten in the tournament, they were clear favorites to win the competition that year. To everyones shock they lost the final 3 – 0 despite Brazil missing out on their star players.

Later on Argentina deservedly went on to reach two more finals; in 2015 and the Copa America Centenario in 2016, losing both to Chile in penalty shootouts. Messi scored his penalty in 2015 final, in which Gonzalo Higuain and Ever Banega both missed, however couldn’t  beat Chilean Claudio Bravo in 2016 final, leading to his 3rd Copa America final loss, and 4th overall international final loss. He even announced his retirement from international football after the 2016 final, but eventually came out of retirement for the 2018 world cup qualifiers.

Perhaps the most illustrious trophy, most footballers can only dream of, is the FIFA world cup. After the humiliating 4 – 0 loss at the hands of Germany in 2010, Lionel Messi successfully

captained his side to the 2014 World Cup final. Higuain again cost his side when he missed a close chance in the first half of the final. Though the German side in the 2014 World Cup was one their best ones in recent time, Argentina and Messi still managed to push the game to extra time. Although he was awarded the competitions best player, it was very unfortunate for Messi to miss out on the world cup. However, as he turns 30 today, he has got another shot in Russia next year, and like the extra ordinary player that he is. 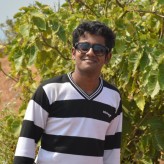