“Drake is tryna cop a LeBron James beard to impress Adonis”: Hip-Hop sensation Drake spotted with a beard like the Lakers’ superstar in the ‘Way 2 Sexy’ music video

Home » Basketball » “Drake is tryna cop a LeBron James beard to impress Adonis”: Hip-Hop sensation Drake spotted with a beard like the Lakers’ superstar in the ‘Way 2 Sexy’ music video

Drake has taken the entire world by a storm, with his new studio album, Certified Lover Boy. After creating hype about it by dropping ‘Laugh now, cry later’ last year, the rapper was supposed to drop the album in January. However, due to unforeseeable circumstances, the release just kept getting delayed. Nine months later, and we finally have the album out, to enjoy and cherish.

Also Read: “Drake is trying to re-ignite the beef between LeBron James and Kanye West”: NBA Twitter reacts to the Lakers’ superstar catching a stray diss from Ye

LeBron James and Drake have been as close as they’ve ever been, especially since LBJ is in LA. We saw a lot of Certified Lover Boy teasers on LeBron’s Instagram stories. In the album, we can hear Drake name drop Bron. In the track ‘7 am on Bridle Path’, Drake says,

Up in ‘Bron crib, fishbowl wineglasses
That’s how we passin’ time

However, this isn’t all of LeBron in the album, or so we believe.

The 7th track of Drake’s studio album Certified Lover Boy is a collaboration with Future and Young Thug. While it caught everyone’s attention for Kawhi Leonard‘s appearance in the music video, there were more easter eggs in the video as well.

In the music video, Drake was walking on the beach, while having a very familiar grey beard. Upon closer inspection, it looks exactly like LeBron James’ beard. 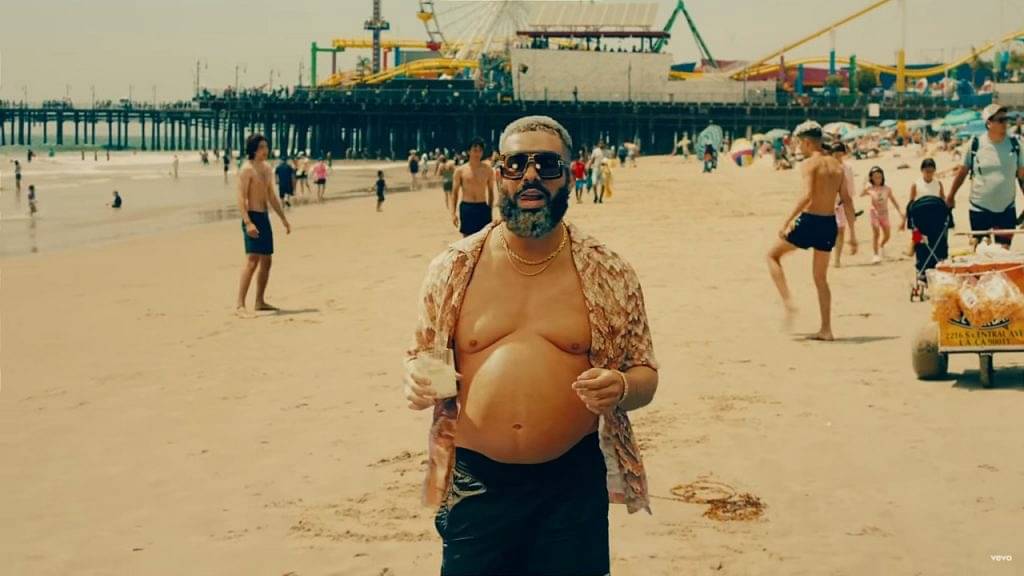 The reason behind why Drake chose to cop a LeBron beard is unknown. However, it wouldn’t be long before Drake reveals the same in an interview. Till then, my best guess, he did so to impress his son Adonis, who is a huge LeBron James fan. The music video can be enjoyed here,

“Charles Barkley just got beat by a grandpa”: When Ernie Johnson hilariously beat the ‘Hall of Famer’ in a 3-point shootout on NBAonTNT