For months it has been rumored that CM Punk and Daniel Bryan are headed to AEW. Punk recently made his AEW debut on Rampage last week. Bryan though, is yet to appear on any of their shows. According to the voice of the voiceless howwver, fans just need to be a little more patient.

Punk made his first Dynamite appearance on tonight’s episode. He cut a promo on the guys in the back he was looking forward to having a match with. But the one he wanted to face first was none other than Darby Alli at All Out.

Punk talked about how Allin didn’t fit the mold of what someone else think a pro wrestler is. He’s not the biggest or strongest, but he’s got heart. And when it comes to facing someone like him, it makes him think “Can CM Punk still go? Is he still the best in the world?”

This was followed by the fans in attendance breaking out the Yes Chants. Punk had a little smile on his face hearing them before he dished out an interesting teaser.

“That’s someone else’s schtick and you might have to be a little more patient,” Punk said before moving on with the rest of his promo.

The Yes Chants were made popular by Daniel Bryan and Punk’s comments all but confirm his impending arrival to the promotion.

Punk followed this up with another teaser on social media. He posted a a portion from a very popular photo of himself shaking hands with Bryan during their time together in Ring of Honor. 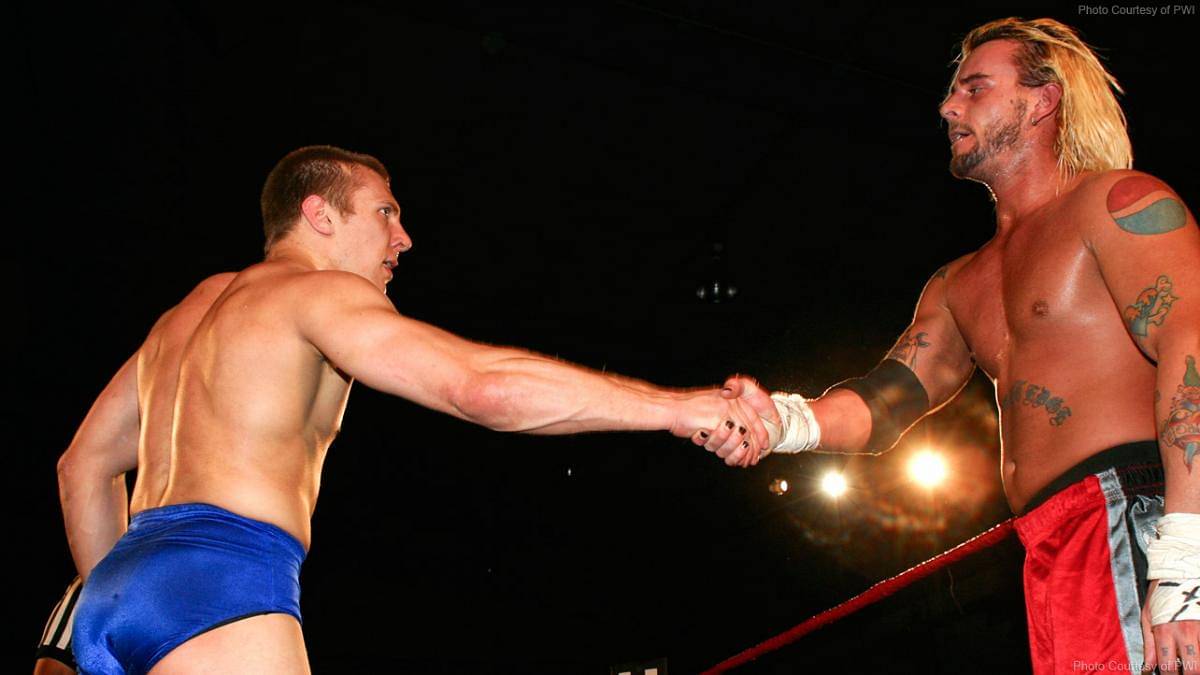 Punk is set to face Darby Allin at All Out on September 5 at the NOW Arena in Chicago, Illinois.

Chris Jericho vs MJF, Title match and Jon Moxley’s opponent for AEW All Out and more announced