FaZe Nickmercs launches the MFAM Gauntlet tournament for Apex Legends players, with $50,000 up for grabs.

Nicholas Kolcheff also known as Nickmercs, is an American Twitch streamer, YouTuber, and Co-Owner for FaZe Clan. He is also famous for being the leader of the MFAM Gaming Community.

MFAM is the group consisting of Nickmerc’s loyal fans, where M stands for “mercs” and FAM stands for “Family”. Till now MFAM hosted many Warzones tournaments and the fan-favourite MFAM BBQ. Now, Nickmerc introduces MFAM to Apex Legends with the Gauntlet tournament.

MFAM Gauntlet returns on Apex Legends! $50,000 up for grabs! 2 qualifiers then the big beefer! We’ll talk about it on the stream, LETS GET IT BABY! See ya in derrr 🤠https://t.co/Etk8WeG3Wa #MFAM | #FaZeUp pic.twitter.com/coWyIqOg89

The whole tournament is divided into 3 parts Qualifiers 1, Qualifiers 2, and the Main Event. The timing for each event is as follows: 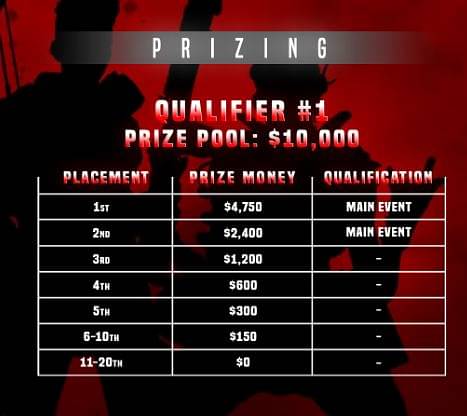 In the qualifiers, the top 10 teams will earn prize money. And the top two teams from each group will qualify for the main event.

The enter the tournament, the following criteria are to be fulfilled.

And watch Nickmercs live on Twitch.

Also read: Valkyrae has removed any mention of 100Thieves and RFLCT