Marci arrived in Dota 2 with Patch 7.30e as the post TI10 update. Changes and rebalances have been enforced again in the latest patch.

Marci was first introduced to the Dota 2 universe through the Netflix series Dragon’s Blood. She is one of the few memorable characters in a very unremarkable animation attempt.

Calm, collected and passively aggressive most of the time, she is the protector of lunar princess Mirana. She shares a unique bond with Sagan, Mirana’s mount.

From her introduction in Dota 2 metaverse, we know that she is a brute brawler, who petrified enemies in some way. She also has some sort of divine power, which is a passive talent or her SS mostly.

Marci powers her way into Dota along with a new treasure and the 7.30e gameplay update — https://t.co/cmc8P35alf pic.twitter.com/bvXdUkI5Dx

Soon after the release of the update globally we delved into solo queues to test the redundancies of the character. The skillset is right now as follows:

What are the possible uses of Marci in the Dota 2 meta?

Marci has insane damage and lockdown potential. A true Crowd Control core has been missing in the meta for some time. Marci looks to fill that gap.

What she lacks in damage is supplemented by her Super Skill/Ultimate, Unleash. Low Cooldown and insanely low mana cost make this skill broken on Marci.

She is quite versatile and we recommend the following builds for specific positions:

There is no chance before December 2021 to expect even addition to the ranked pool. For Captains mode, we can expect the Hero to be ready for Captain’s mode by January end of 2022.

Until then we wait for rebalancing and major changes to Marci, the eternal guard to Mirana. 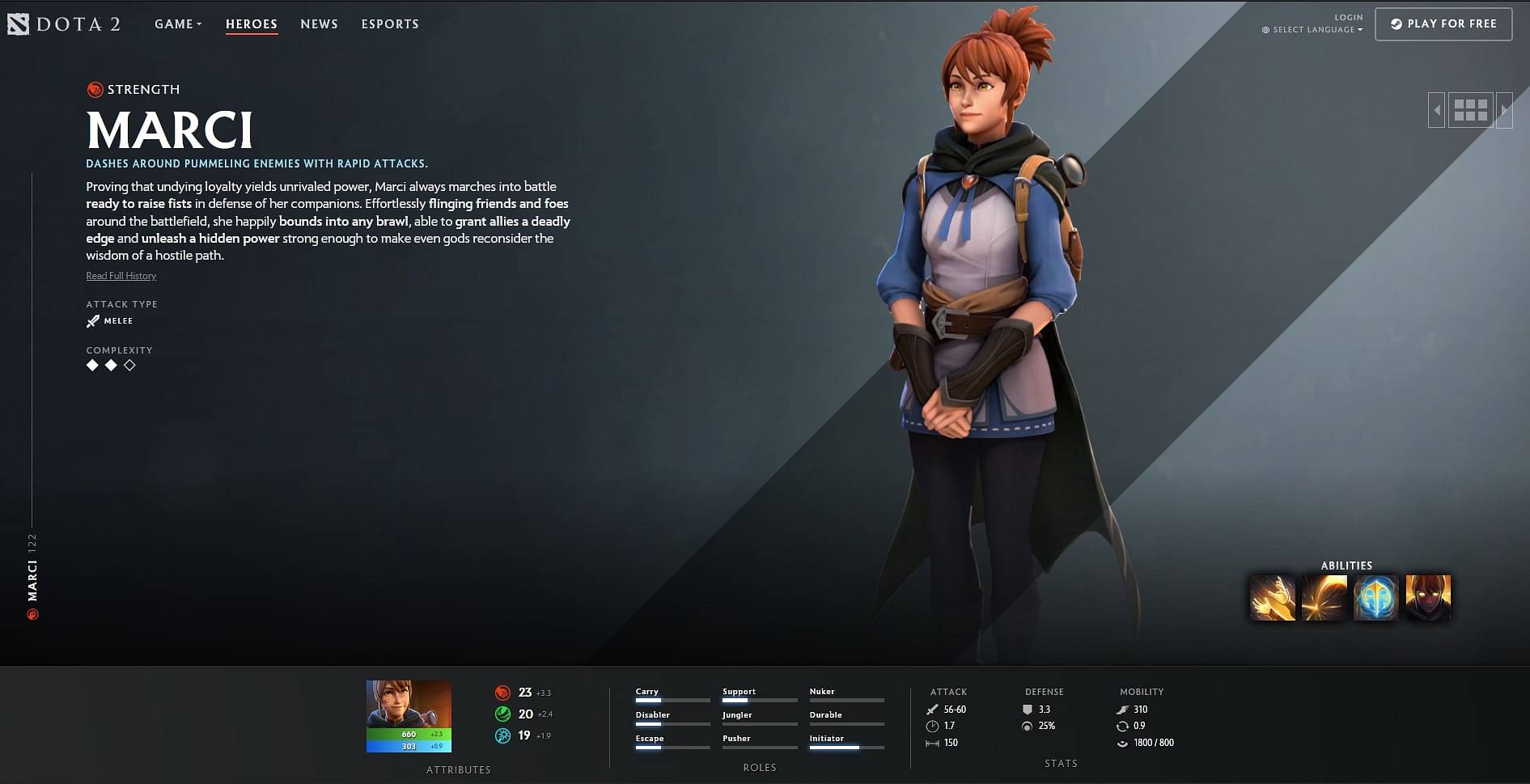 There have been no major bugs after we played 4 matches with Marci today. But there are some issues with the Ice Frog’s implementation of the Hero:

Eventually, Valve and Gaben are gonna rebalance Marci to suit the needs of the meta. We have successfully predicted the skill pool of Marci before launch. Do read it.

"Giannis Euro-stepped 4 players into a dunk": The Greek Freak continues to boss NBA players with his bizarrely powerful and demoralizing dunk package