After PSG.LGD lost to Team Spirit in Grand Finals, the world thought the Chinese pros were now chokers just like South Africa in the Cricket World Cups. But, the Chinese Dota 2 fans have uncovered a possible scandalous affair that could tarnish Gaben’s name forever.

Team Spirit is the Russian Dota 2 pride and now, the holder of Aegis of Champions. PSG.LGD has gaming Gods, but, the involvement of the organisation or the community is the real question.

Before we begin, let us put out some BOLD words first.

DISCLAIMER: We do not want trouble or actual involvement. We are putting forward just the translation of a Chinese Media outlet. Hope this helps anyone who has a desire to know. We are a media that uncovers the alternate outcomes if any.

The Reddit post had the following Hypotheses(quite a lot of them actually). It mentions how the Plan was put into motion before the event even started:

○In VP vs TS match, gpk easily threw the deciding game. He saw his initiator killed and Still went into 3 radiant heroes using ghost walk and fed and bought back. Luna did the almost same thing and got killed. Watch GpK’s POV. The rest three of VP would just sit still. The Whole VP team would Buyback after Luna death and Invo buyback. TSpirit would eventually come back to win the said match. Someone likes the OG story too much.

○In IG vs TS, Flyflyfly’s Faceless void made some 322s by not landing chronosphere and not taking the attack speed talent.

Betting Companies make up for most of the funds for the professional teams in the Dota 2 circuit. 14 out of 18 teams to be precise.

○Secret vs TS LB finals was a mixed bag. Zai’s Magnus frontlined without smoking with the team and died. Nisha on Juggernaut used the following key command set: Spin-shadow blade-healing ward-TP. Even though Secret stomped TS in Game 1, the next two matches were rather weird and strange. Is someone afraid… of someone?

○LGD did not ban Magnus in the Grand Finals, even though they have been doing it the entire tournament. It was TSpirit’s Collapse’s signature hero.

○Game 1 nothingtosay Pango pick, with 38% win rate in pubs from his account and not a whole lot games too.

Also read: Xiao8, the Dota 2 Coach of PSG.LGD, has been accused by his ex-wife of betting against his own team in the TI10 finals. 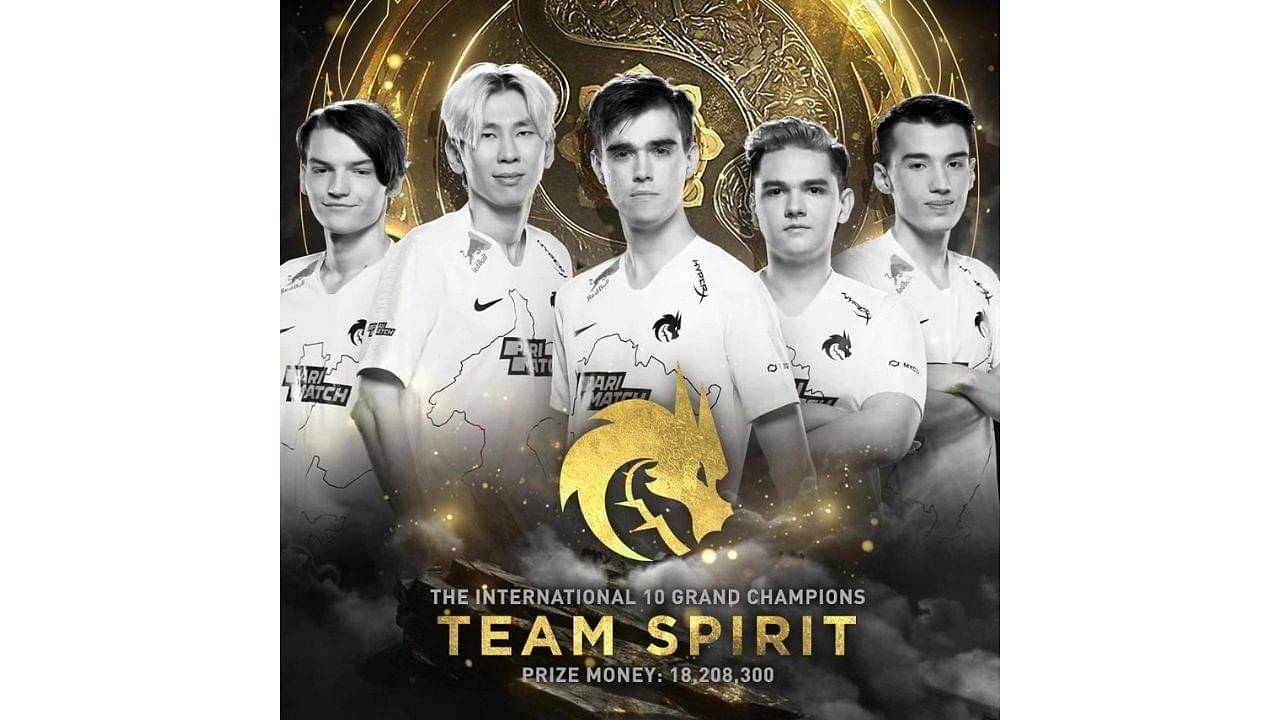 Why PSG.LGD did not ban MAGNUS in the TI10 finals?

○Faith Bian Carried Tier 1 neutral items for the entire match in Game 2 and Game 5. Ocean Heart in place of other neutral items?

○Zai was carrying Grove Bow on melee hero when there was Nisha as Lina.

○Xiao8 was in tears after the Game 4 LGD win and the players looked drained and whitewashed. All of them were hiding from cameras. It was strange that the Chinese team was quite calm after getting 2-0 ed by TS.

What is the reason for fear to use the most simple winning strategy?

○Ame walked into 5 TS heroes and got killed. As a result, we could see Ame getting caught from the two LGD support’s perspectives. They immediately move the Camera away from themselves and responded with a Late TP. That was a 4k gold lead wasted.

○Enchantress walked into TB with team smoke and kept hitting wards instead of initiating on the hero with slow and impetus.

○Before Group Stage Liquipedia had already published TS as Ti winners. It was removed when it got noticed. 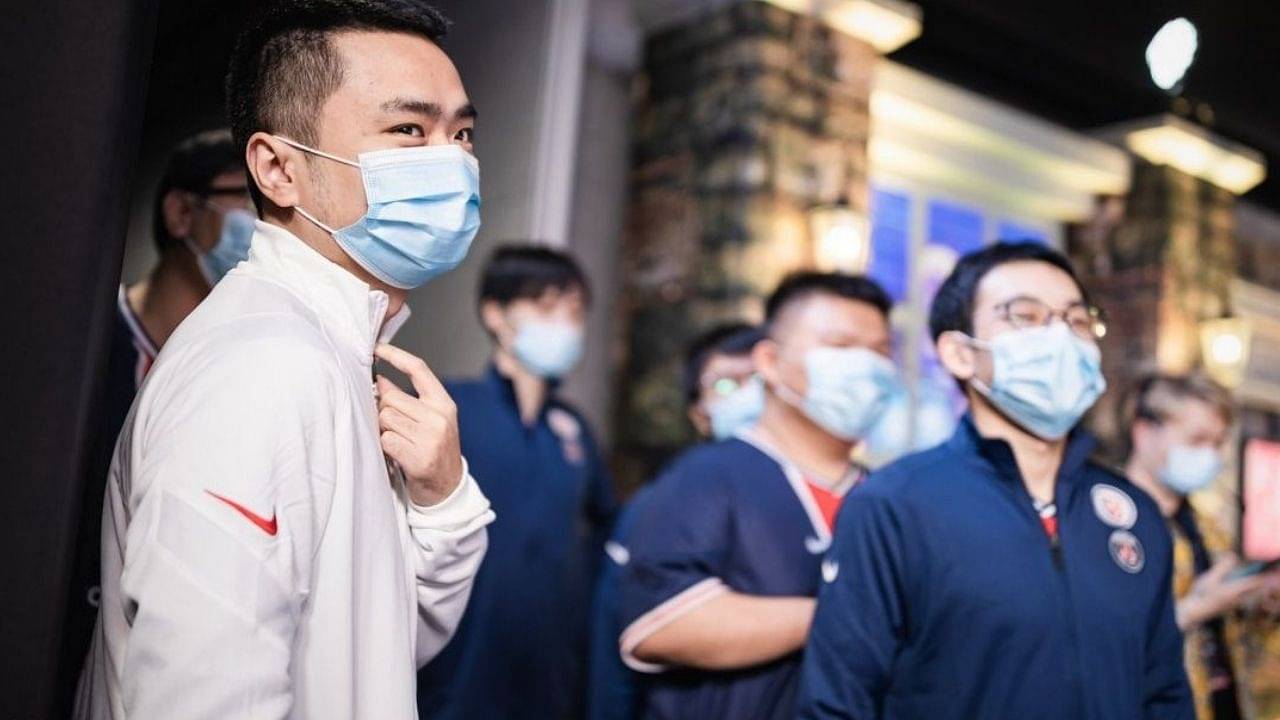 Why would someone Blog or Post about the future, unless someone already knows the outcome?

○Before Finals, Collapse posted a blog claiming he is the TI champion.

○14 out of 18 TI10 teams are sponsored by Gambling Companies.

○LGD is out of finances, as per government audit on vpgaming which is LGD’s subsidiary company. Ex-member Chalice says the organisation owes him $30k in bonus salaries.

○TS had extremely poor performance even by Tier 2 standards. Yet, they suddenly eliminated Top 6 seeded teams in Dota 2 pro-circuit, back to back and also winning TI. “Have I told you the definition of insanity?”

○VP had a 29 win streak against TS. gpk threw the game which led to Vp’s Ti elimination.

○The PSG.LGD gameplay style was like an on and off switch. Noob mode for Games 1 and 2 and then GOD mode for Games 3 and 4. Now, back to “Nob” mode in Game 5.

So, was this all just a show like the “Squid Games”? Bully and Conquer?

○It is also said that Yatoro’s father is a Russian Oligarch with strong ties in Eastern Europe.

○There have been only 7 rampages ever in TI history till TI9. TS Yatoro takes 3 rampages in a single tournament?!!

Also read: Japan and Korea were allotted two extra slots as China is out of APAC LCQ.