John Wall and the Houston Rockets are in a tough spot. The team with a 3-16 record wants the 3rd highest-paid player in the league to come off the bench.

Once, one of the most explosive point guards in the league John Wall, is now warming the bench of a rebuilding team. Although he’s being compensated as well as any player in the NBA, the poor guy wants to work for the money he’s getting.

The 5-time All-Star has been unable to stay healthy in recent years. He is struggling with injuries since December of 2018 and has just played 40 games since then. He sat out all of 2019-20 because of a torn Achilles.

And now that he’s healthy, getting traded by the Washington ball club where he has a day named after him when he was drafted, has been tough on the former Wizards guard.

Wall wants to play or get traded

Since his trade for Russell Westbrook in 2020, Wall played 40 games for the Houston Rockets averaging over 20 points, 3 rebounds, 7 assists, and a steal per game. But has not played a single game since.

That’s not anywhere close to the output he was once capable of delivering or the return a franchise would expect out of a player who is due $91.7 million over two years. He has been told to sit out the games, while the team builds around the young roster and finds him a suitor in the market. But the star believes he should be on the court or another team.

But analysts believe Wall sees himself as 1st option in Houston, and that’s the reason he’s not getting the chance.

John Wall sees himself as the No. 1 option on the #Rockets, should be return, one source says. That’s his main issue: He knows the team is rebuilding, but he also wants to have the green light, at all times.

Sources: Rockets five-time All-Star John Wall will continue to sit games after he told team officials his desire is to play, start games and compete to maintain role. Houston wants Wall to come off the bench.

John himself is denying the claims. 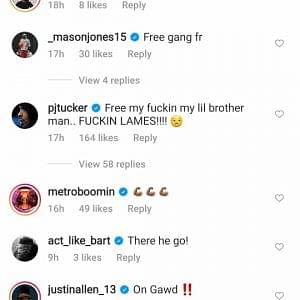 Also read: When the Clippers highflyer showcased a one-of-a-kind 180 degree twisting, mind-air block vs the Celtics

It’s time for the Rockets to utilize the guy’s potential or find him a team that would need his services.