NA VCT Stage 2 Challengers is going to kick off soon so make sure you know the schedule, groups and broadcast talent!

Now that we have the twelve teams qualified for the Group Stage, VCT action is coming up soon. With VCT action coming in hot, we have to be prepared and mark our calendars for the best matchups. The Guard had won NA VCT Stage 1 but OpTic proved their worth in Masters.

Will these two teams dominate again or will there be a new contender from NA? Lets take a look at the hottest upcoming VALORANT event!

Groups are locked in and the stage is set! Here’s everything you need to know about the #VCTChallengersNA Main Event. 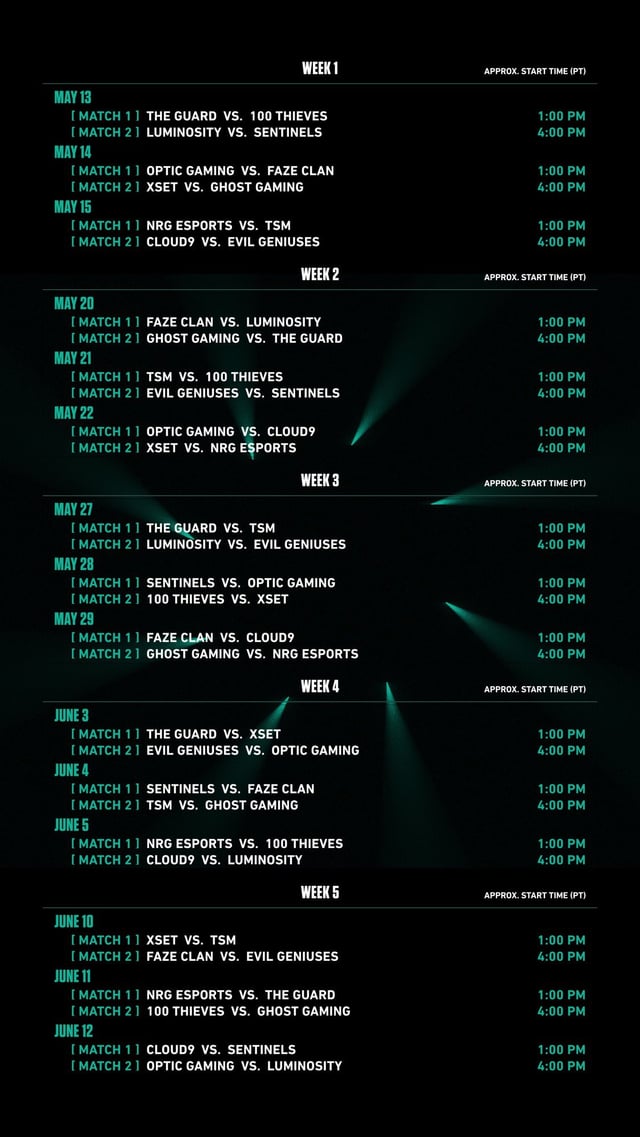 May 13 to June 12 will host some of the most hyped matchups among the 12 qualified teams. After the Group Stage is over, the Playoff stage will commence. Stay tuned with us as we update the schedule for the playoffs.

Riot unveiled thier Broadcaster and Observer talent on Twitter. It’s a star-studded line up of people.

We’ve also got some of the best observers in esports! #VCTChallengersNA

We’ve also got some of the best observers in esports! #VCTChallengersNA