Valorant Champions Day 3 Schedule and Live Streaming : When and Where to Watch Day 3 Matches of VCT Berlin 2021?

Home » ESports » Valorant Champions Day 3 Schedule and Live Streaming : When and Where to Watch Day 3 Matches of VCT Berlin 2021?

Take a look at the action-packed schedule for Day 3 of Valorant Champions 2021 Group Stage with big names taking the stage.

Valorant Champion’s 1st and 2nd days were glorious with some ups and downs. And following up with the previous days, Day 3 is packed with actions and drama.

However, the match between team ENVY and X10 Crit will not be held on stage. Due to Envy VIctor testing positive for the Covid19 test. 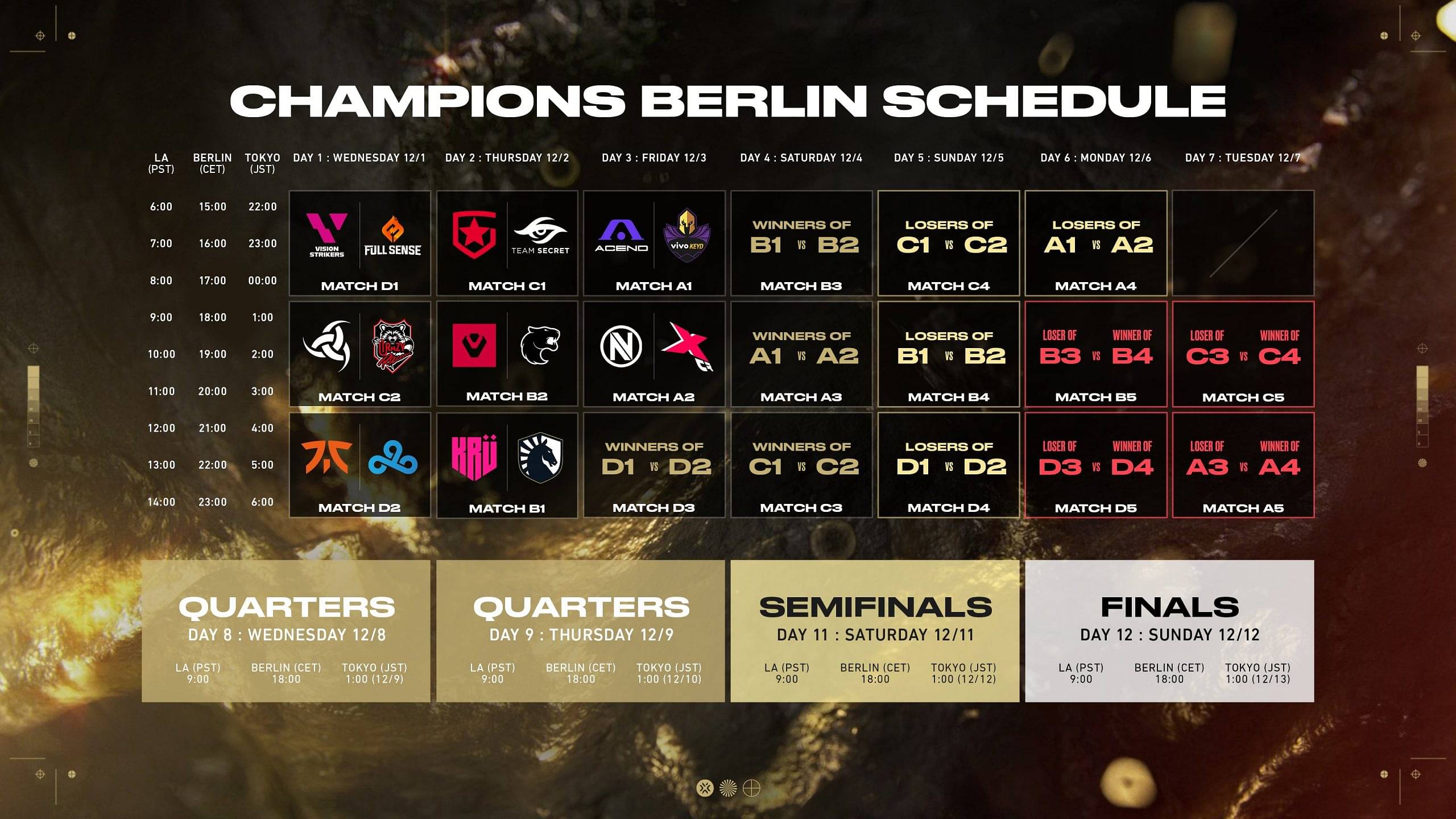 After an impressive performance on Day 1, Vision Strikers are to fight the European powerhouse Fnatic for a position in the knockout series.

After showing a dominating performance in Masters 2 Berlin, NA’s second-best team Envy is to fight against X10 Crit, the Thai champions.

Where to watch Day 3 of Champions

Here is the #VALORANTChampions bracket as we head into Day 3 👀 pic.twitter.com/VFDOm0NYtF

There are a lot of options to watch the Valorant Champions. The official channels for Champions 2021 by Valorant are:

Riot has also allowed some of the fan-favourite streamers to host watch party for the Valorant Stream.

The co-Streamers from NA region are:

"I'm picking Aaron Rodgers over Tom Brady": Stephen A. Smith has a controversial take for the NFL MVP award, picking Packers QB to go back to back