“I feel like you can’t put them in S tier coz they don’t practice”: 100 Thieves Hiko talks about Sentinel’s practice routine during their NA Valorant Teams Tier List Video

Here is what 100 thieves think about the other North American Valorant teams in their latest 100 thieves content video.

The 100 thieves Valroant roster is currently boot camping in their latest AT&T Valorant-house. Where they play scrims at lower ping, get to know each other well and practice. Oh and also make some content videos for the 100 thieves Esports Youtube channel.

And one of their latest Video is the North American Valo Team tier list. Where they rank all the professional teams into tiers based on their performance. There are a total of 5 tiers starting from S, A, B, C, D. With S being the highest and D being the lowest.

Also Read: Valorant Mobile beta: How to invite your friends to play Valorant mobile beta with you?

The tier list is where players rate items according to their opinions on the item. In the above video, the 100 thieve’s new valorant roster rates the NA Valroant teams based on their performance in scrims. The first team going into the tier list was Sentinels. And well according to Hiko and Ec1s “I feel like you can’t put Sentinels in the S tier coz they don’t practice, so let’s put them in A“. 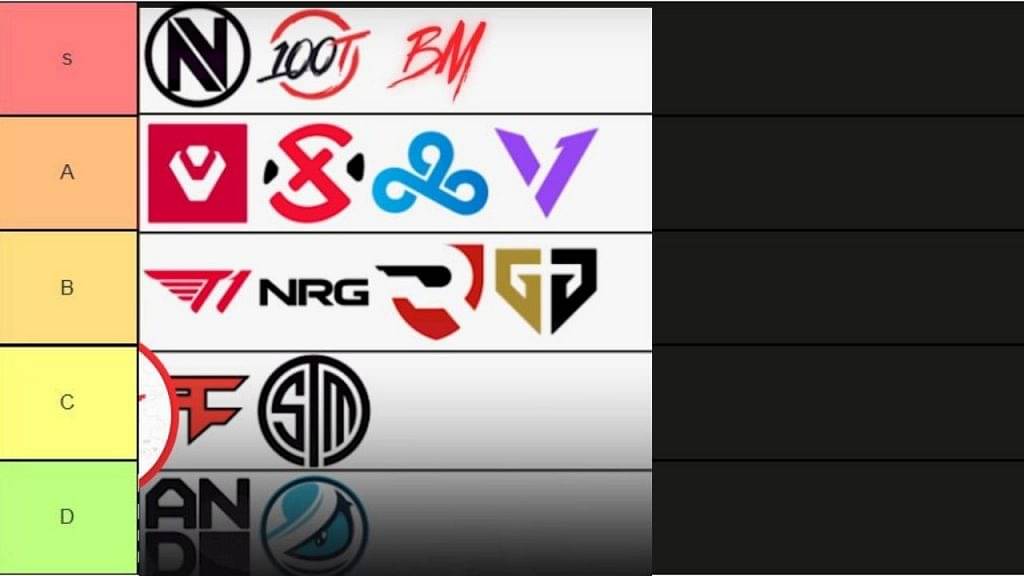 Also Read: “He was faster to apologize to me, than Ninja and Jessica Blevins”: Pokimane talks about the JiDion’s and Ninja controversy

We will get to see all the team play in the upcoming Challengers Main event starting today. With the first match between 100 thieves and Cloud 9 Blue. We finally get to see all the top NA teams play at the competitive level. After a long time, I might add.

And with 100 thieves coming with the new Valorant roster, they have a lot to prove going into this tournament.