Antonio Brown has always been on the weird end of things in scenarios, and there was one where he demanded a model pay him $5,000 to avoid exposing her.

The former Buccaneers and Steelers receiver ended his last NFL game in the most dramatic way possible. After an altercation with the coaching staff, Brown stormed off the field, ripping his jersey off as he waved goodbye to fans.

It was shocking. Players didn’t know how to react and the aftermath of the incident was even more bizarre. Brown claimed that head coach Bruce Arians was trying to get him on the field and play through an injury while the other side claimed the receiver was complaining about a lack of targets.

By the end of it, the Buccaneers moved on from Brown, and now, no NFL team wants him. He’s been given multiple opportunities on different teams, but it just hasn’t worked out for the former All Pro. He’s now working on things outside of football including music. Antonio Brown has a net worth of $20 million.

If I text you:

Brown took things to the extreme when he threatened to expose a model for not returning his money. The model, Cydney Christine, was seen on Brown’s Instagram story.

Cydney Christine has a net worth of $1.5 million and is also a music producer. Christine has 791,000 followers on Instagram where it says she’s a ‘5x Platinum Producer’. She has also been linked to WR DeSean Jackson and singer Trey Songz.

Brown wasn’t happy that she wasn’t paying up and used his social media to call her out. 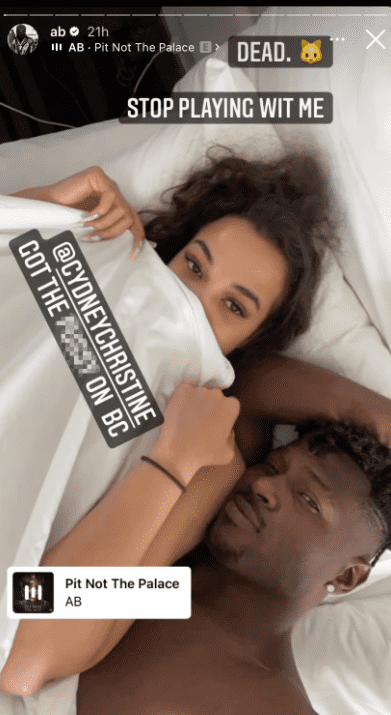 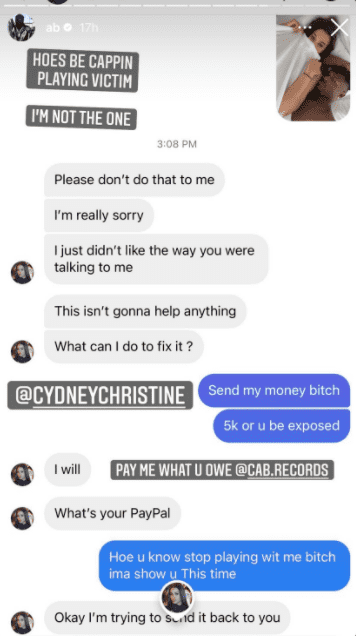 The wide receiver showed he would go to any limit to make sure she heard his message loud and clear. However, Brown’s antics are also questionable. After all, he’s had previous run-ins with models like Ava Louise that brought up questions about his life off the field.