Sinatraa tweets a statement about his suspension, accusations and return; Cleo Hernandez responds on Twitter

Sinatraa recently tweeted about a return playing VALORANT competitively. He has tweeted an official statement regarding everything today.

Jay “Sinatraa” Won was a professional esports competitor for the multiplayer video game VALORANT. He was also the 2019 Overwatch League MVP. His ex-girlfriend had accused him of sexual abuse last year. After which he was handed a suspension from the Sentinels organisation as well as Riot Games.

Although, he continued to stream for Sentinels. However, recently he had tweeted that he is coming back to playing professionally.

It’s been a year since I was forced to step back from competitive play. In that time, I have learned a lot about myself and grown as a person. I am now ready for a return to competitive play and will be starting tryouts this week.

After Sinatraa’s tweet yesterday there have been some new developments. There has been speculation as to where Sinatraa will play. Will Sentinels re-sign him or will he find another home? But meanwhile Jay Won tweets a “clarification” for his current situation.

Thanks for all the support. I want to clarify the facts about my situation

In the Tweet he mentions that he was a “shitty boyfriend” but never sexually assaulted her. He even goes onto say that Riot Games had officially cleared him for competitive play in January. Lastly, Jay requested his fans to not harass his ex-girlfriend Cleo Hernandez.

For context, this was the final determination I received from riot about my status. pic.twitter.com/l6TGolyIiZ

Cleo Hernandez, Sinatraa’s ex-girlfriend who had accused him of sexual abuse tweeted a response to hi statement. She mentions how she emailed Riot Games regarding the situation. She goes onto say that Sinatraa was allowed to not complete his training during his 6 month suspension. Further on, he was actively found lying during the investigation. 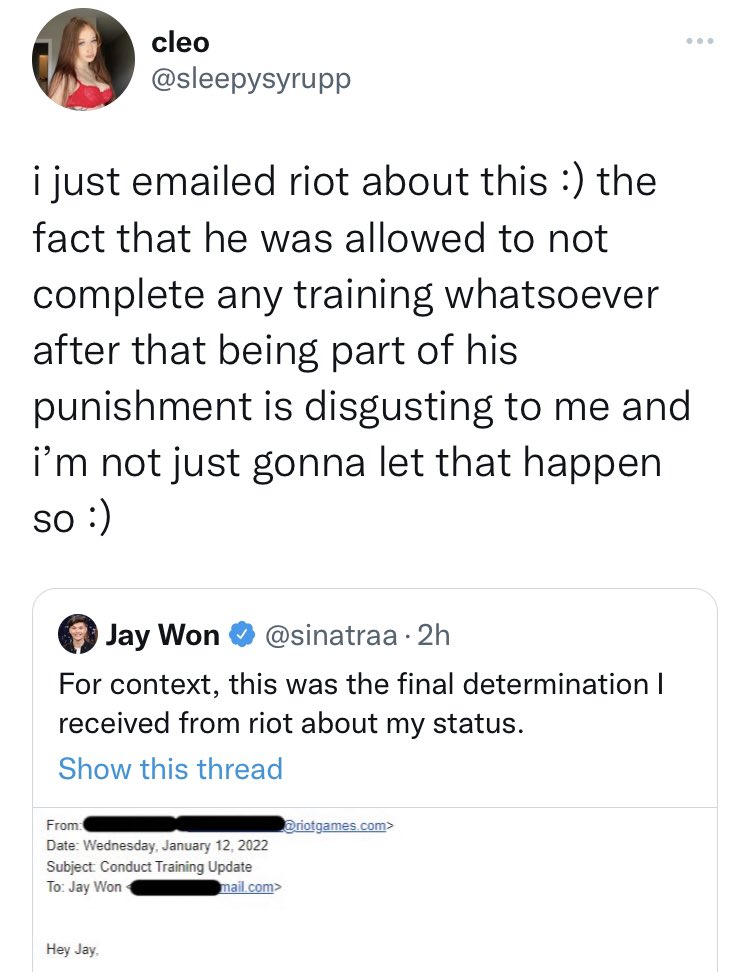 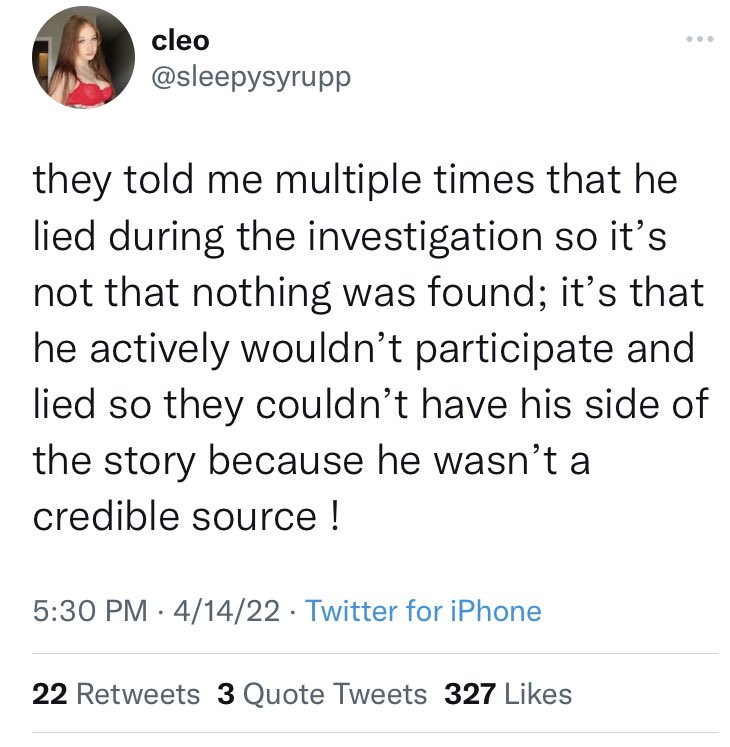 seeing a lot of confusion here in comments about what Riot stated so just gonna share: pic.twitter.com/Gs42gEC527