Riot Games gives a sneak-peek on their new agent “Agent 17” AKA Deadeye in their South America LCQ trailer.

Riot Game’s 5 person shooter “Valorant” is on the verge to become one of the best FPS games. Valorant houses a wide variety of agents, with each agent having a unique set of abilities.

Valorant currently has 16 agents in-game. Kay/O was being recently added to the game at the start of Episode 3. Riot has in fact been teasing us with bits and snippets of their next agent. Named Agent 17 in some of their trailers.

Teasers for the Valorant Deadeye

The name for Agent 17 is “Deadeye” according to leaks posted by Phloxy. His in-game name could change at the time of release. Valorant showed their first look for Deadeye in the “One Year Anthem” youtube video on 21st June 2021.

And during the Valorant South-America LCQ, Riot Games released their second sneak-peek on their new Agent “Deadeye”. This trailer shows an image of Deadeye while Cypher is falling through space.

After the release of the latest patch notes 3.08, some files have also been found regarding Deadeye.

Teaser can be found on Fracture pic.twitter.com/e8PZZe5SVs

Deadeye’s Release Date and His Role In Valorant

Deadeye’s abilities and roles are yet to be released. But according to the article “State of the Agents” written by JOHN GOSCICKI, Valorant’s Character Producer, Deadeye’s role is gonna be that of a Sentinel. 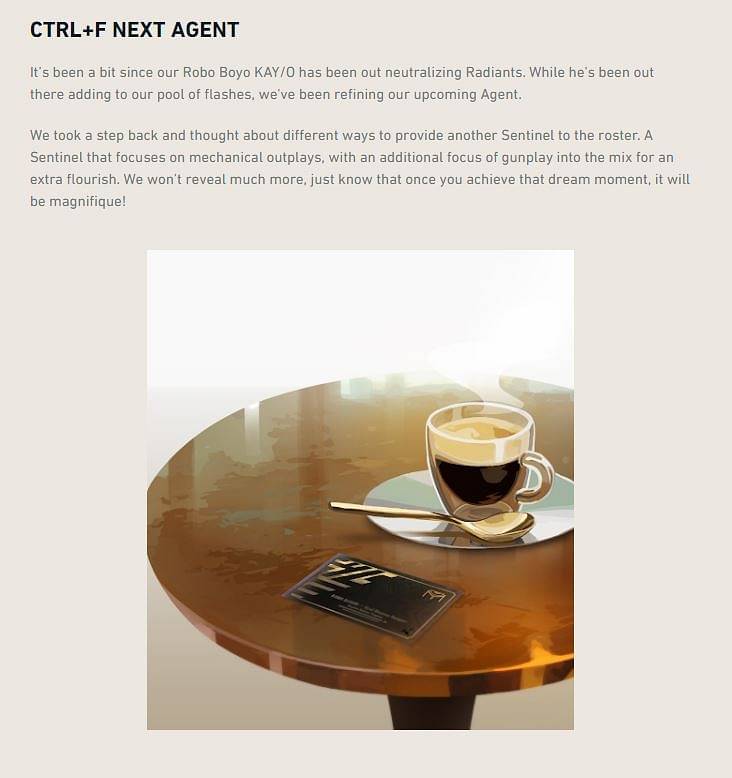 Summing up, Deadeye’s official release date is not yet revealed. But, according to the valorant community, we will be able to play him in the upcoming act. Valorant Episode 3 Act 3 will go live after 18 days. The Valorant community can’t wait to check out Deadeye’s new abilities and make a viral TikTok on it.

TI10 delay: The reason Dota 2 The International stream was delayed by over an hour on Day 1 of group stage