Stockholm Major quarterfinal 2021: How will the first match in champions stage between Virtus Pro and Heroic turn out?

Home » ESports » Stockholm Major quarterfinal 2021: How will the first match in champions stage between Virtus Pro and Heroic turn out?

With the first quarterfinal match of the Stockholm Major set to start in less than an hour, we at TheSportsRush put forth our predictions. After two stages being held behind closed doors, the series is open to public again at the Avicii Arena.

Both Team Heroic and Virtus Pro gearing up to steal the spotlight. Before we get to the predictions, let’s take a quick look at both the teams and their performances so far.

Heroic, a Nordic team founded in 2016, boasts of being the second-best CS:GO team in the world. They seem to have scaled ranks globally after being taken over by Omaken Sports. After dropping their first match in the series, the team stunned everyone by beating Copenhagen Flames, Astralis and Vitality.

Virtus Pro, founded in 2003, is Russia’s most decorated e-sports club. They have achieved quite a bit in the e-sports world, especially in DOTA2 and CS:GO, with estimated winnings bordering 15 million USD. VP, who was on the verge of being eliminated, bounced back by beating MOUZ and FaZe.

Our predictions for the first Stockholm Major quarterfinal match.

Now that history is out of the way, it’s time to lay forth the predictions so without further ado let’s get right into it!

Industry experts are touting the Heroic-VP match as the most exciting one to watch in this leg of the series as they claim that both the teams are relatively underdogs with the potential to perform big. When it comes to maps, Heroic are superior on Inferno, Nuke, Overpass and Ancient. Virtus Pro is better on Dust 2 but Heroic’s permaban rules that out of the equation. VP has a marginal advantage on Mirage. They will have their eyes on Vertigo but so will Heroic. The experts seem to favour Heroic with respect to maps.

Players to look out for: Heroic’s stavn and Virtus Pro’s YEKINDAR.

Virtus Pro’s superior LAN experience could be a determining factor but they have not exactly been performing as expected. Heroic will also be looking to take advantage of the last-minute replacement of SANJI.

Analysis reports show that Heroic’s performance in the last 12 weeks outweighs VP’s. Not many people are expecting the latter to make it to the final showdown.

Heroic and Virtus Pro have clashed 14 times in the recent past and Heroic has had the upper hand so far. Predictions mostly seem to be swinging both ways but Heroic seems to be the bookmaker’s favourite and ours too.

As the tournament progresses, stakes are getting higher. 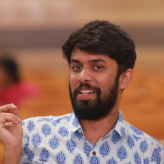 "The Lakers are the unquestioned best team in basketball": Jalen Rose controversially calls LeBron James and co the most talented NBA unit this 2021-22 season despite Bucks' win

“Show me the money!”: Michael Jordan tops list of highest-paid athletes of all-time even after retiring nearly 20 years ago, with $2.6 billion as lifetime earnings

With the new agents and map joining the competitive pool, let’s take a look at…