Drake with hits like Nice For What and his recent album Certified Lover Boy shared a screenshot on his Instagram. The Canadian Musician signed a partnership deal with Stake which is a cryptocurrency betting platform. 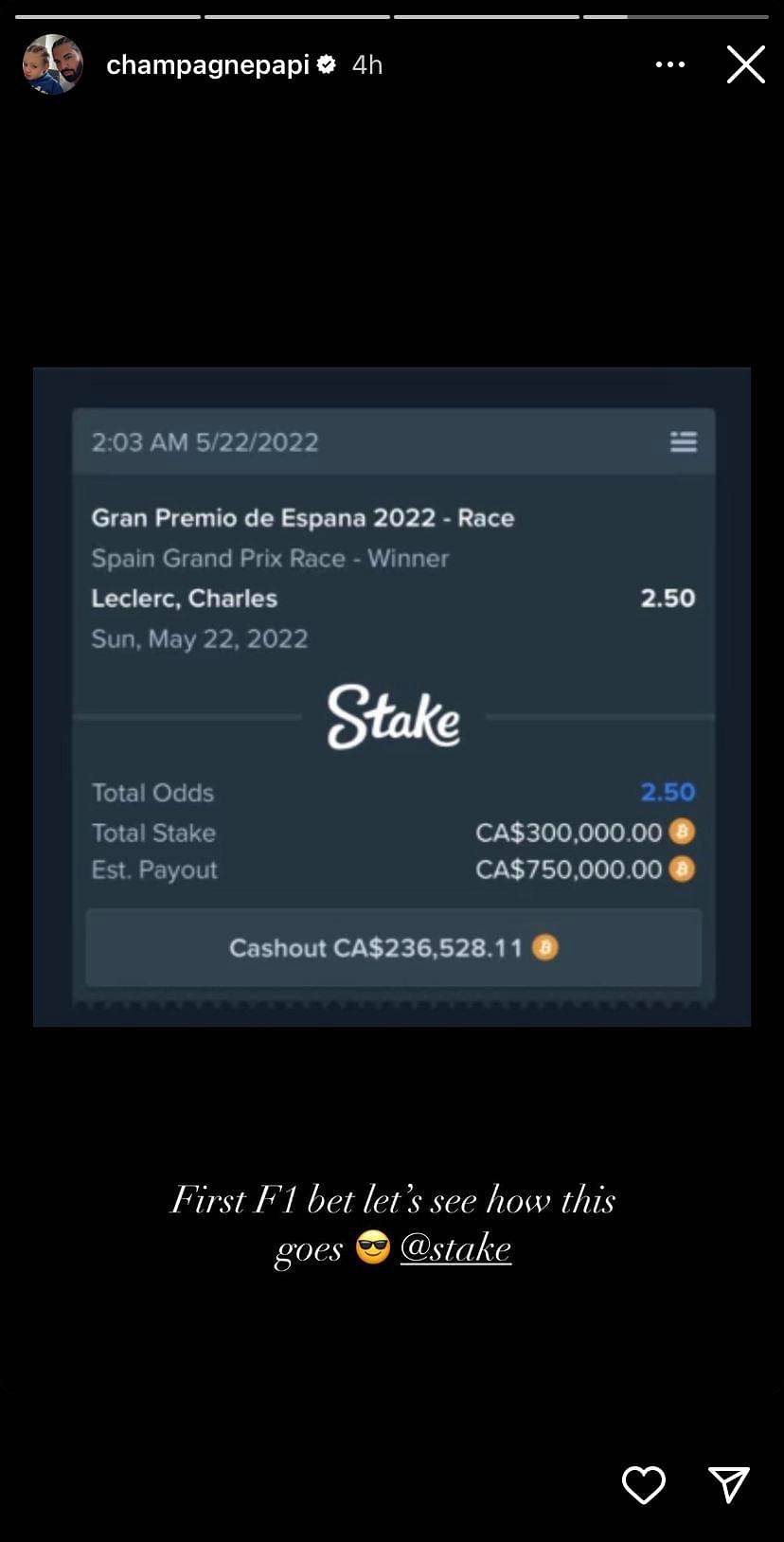 To much of his delight, Charles Leclerc took the mighty pole yesterday. The Ferrari driver spun out on the first lap of his Q3 session but drove a roaring time of 1:18.750 to take the pole.

Max Verstappen led the qualifying before the Q3 sessions but could not gather the pace to take over the standings. As per Verstappen, in his own final flying lap, he lost power and returned to the pits.

Drake shared a screenshot of betting over 300 million Canadian dollars which is $233 Million USD on his Instagram. He shared the screenshot with the caption “first F1 bet, let’s see how it goes.”

The Hotline Bling singer has followed F1 with interest. He hangs out with seven-time world champion Lewis Hamilton and had taken interest in partnering with the Briton as well.

Surprisingly, William’s driver Nicholas Latifi chose the number six due to his liking for Drake. The Canadian driver spoke about how Drake and Toronto helped him choose the number.

He said: “Toronto is widely referred to as the 6. It is partly down to Drake, who’s also from Toronto. He mentions the name in one of his early songs, and one of his albums was originally called ‘Views from the 6’.”

In conclusion, Latifi explains the liking for numbers. He stated: “For all these reasons the name has just stuck. Moreover, anyone who’s from North America knows what ‘The 6’ is especially if they listen to Drake.”

“I don’t care what fantasy squad you put together, we are hard to beat”: When Stephen Curry picked the 2014-2015 Warriors as his starting five to start an NBA 2K16 franchise

"Charles Barkley and Michael Jordan had an influence over Tiger Woods' marriage!": When the Phoenix Suns legend gave an honest answer about their involvement in the golfer's life

George Russell and Lewis Hamilton have not been teammates for very long, but they have…