Riders Republic was released by Ubisoft as a spiritual successor to Steep. Even though the game was not on our radar, Ubisoft finally seems to get a hang of things.

Ubisoft has been always pushing the boundaries of Open World Games. Numerous titles and franchises over years have chewed out everything left in the genre. But, one particular genre hasn’t changed much in the last decade. Racing games.

The Racing games have a niche community for the most part. But once in a while, an arcade racer pops up that breaks all boundaries.

It could be argued that Racing games are monotonous and not much has changed in the mix of things. But, that is true for 99 per cent of the games around us.

Things can get CRAZY in the Republic! 🚲

See how you can master multiplayer mode and conquer the Ridge.🏆#RidersRepublic

Ubisoft released Riders Public as a closed Gameplay Beta for Gaming Industry influencers in August this year. Soon the social media and web would be crowded with speculations and gameplay footage from the extreme sports arcade.

Riders Republic, as the name suggests, is an ode to MTB Stunt Riders. But beyond that, the name does not make sense. Is Jetpacking or Snowboarding considered riding? Well, no.

The Riders Republic review was provided after playing it for 100+ hours.

Don’t get us wrong. The game is wonderfully designed. Even though Visuals are not a strong point in this game, certain environments at specific times do look immersive.

The textures are nice and crisp. The gameplay is smooth and wild. And colourful clowns. Also, bunnies and dinosaurs.

There is not much technicality in the game, other than you need to win. Or at least try to win. The game is made accessible for everyone.

Dive down into Riders Republic development with @redbull teams! 🔥
Do not miss their documentary filmed over the past year in our offices.
➡️ https://t.co/cMkZl9bQ18 pic.twitter.com/T7lfI62Udb

The point of the game is that you dress up as a Unicorn, find some friends and go downhill at breakneck speeds while racing each other.

Riders Republic offers a variety of ways to get your grind on! ⭐⭐⭐

If you are looking for the optimal way to grind out new gear, check out Ubisoft’s Gameplan video “The Best Way to Progress in Riders Republic”.💻⤵

The game is insanely fun. Ubisoft learnt their lesson when they launched Steep and the Crew, two massive open-world titles. But physics and Gameplay took a seat in trunk boot. It was horrible.

Eventually, with future updates, they reworked the physics. And gameplay took a dive again in Crew 2. Ubisoft basically decided to nerf the Crew game engine to prevent physics from breaking.

Steering a 75-kilo man in Steep gives a feeling like you trying to move DeathStar. An F1 car in Crew 2 felt like an Indycar without rear and front wings. But times do change.

All these studios came together to make YOU the winner! 🏆Thank you for making #RidersRepublic a reality! ❤️ pic.twitter.com/540GYWcycu

Crew series and Steep did not receive much love from the community.

We have always hated Ubisoft for trying to pull the rug from under us. It has been a while since Ubisoft delivered a solid title like FC3 or R6. Riders Republic and recent release FC 6 fall in that spectrum.

We thoroughly enjoyed the game. Even more so online. Finally, Ubisoft seems to get the essence of multiplayer racing. Reach point A to B, while keeping things interesting in-between.

Riders Republic will not cost you a kidney to play like the Star Citizen or iRacing. The game has been released for PC, Xbox SeriesX|S and PlayStation 4|5. Also, there is a catch. 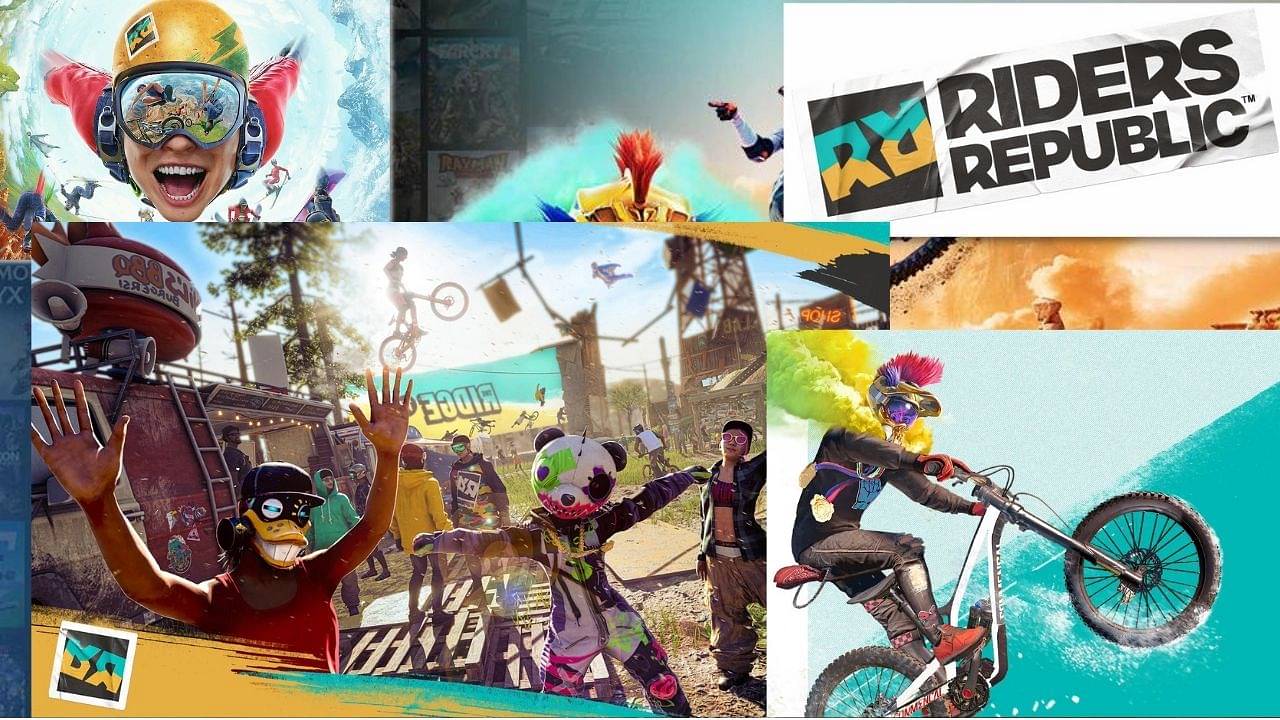 The Riders Republic is available on Uplay, Microsoft Store, PlayStation Store and ahem……  Epic Games store. But, not on STEAM. Seems like a war brewing.

The game comes in 3 editions as usual Ubisoft releases. The prices are as follows:

Also read: Faker Kkoma Worlds: Faker and Coach kkoma interact with one another after DK vs T1 semifinals.