Valorant Mobile beta registrations opened up a few months ago. Closed Beta might be ongoing and preregistration is ongoing.

Valorant Mobile is the talk of the town ever since Riot Games announced a mobile version for League of Legends. It is called Wild Rift. The speculation became real in early 2020.

Riot announced that a development path was sorted for Valorant for mobile platforms. It was also mentioned that it would soon be available on Official Game Stores for Android and iOS as well TapTap marketplace.

But soon in Development terms could mean any number of things. Also, we have to keep in mind that we are just recovering from deadly waves of Pandemic around the world.

Also read: Does Valorant agent Phoenix, a British Duelist, need to be buffed by Riot Games?

Valorant Mobile is a handheld version of the FPS game by Riot of the same name. 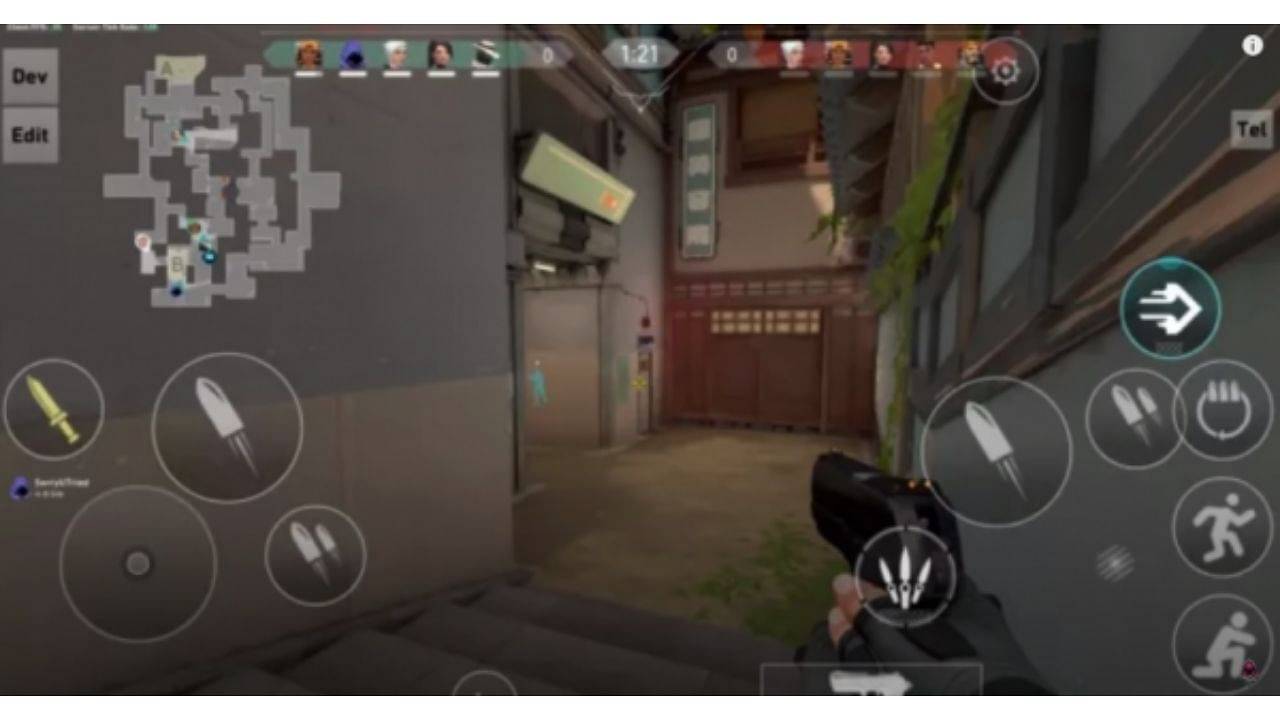 Development takes some time. Porting the original textures and making it playable for mobile devices take a lot of time. Also, support for multiple platforms and crossplay need to be enabled.

Then comes the fun part that we all wait for, BETA testing. There have been no official remarks as to when there would be any semblance of a “Game”.

We were scouring through LinkedIn for job postings to find any clue to the development phase. We hit a Jackpot. Well, sort of.

Riot Games is currently hiring for a Senior Game Designer Role. As per job requirements, if everything flows smoothly, expect the game to release pre-Alpha by the 2nd quarter of next year.

The game seems to be developed in Unreal Engine. Hence, expect some stunning visuals but the minimum hardware requirements are definitely going to be on the heavier side. 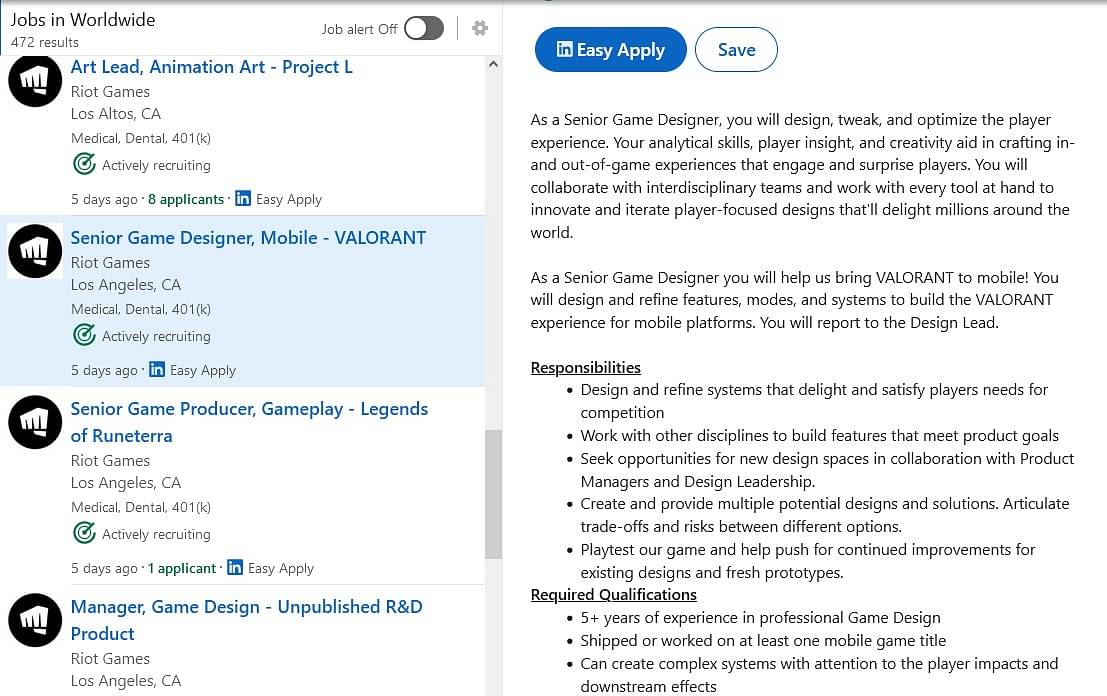 The most difficult objective of the game would be to set UI and overall visibility. It makes a whole lot of difference because the real estate for display is pretty low when compared to the desktop version.

Can it fill the gap in the handheld market for a stable Esports Title? 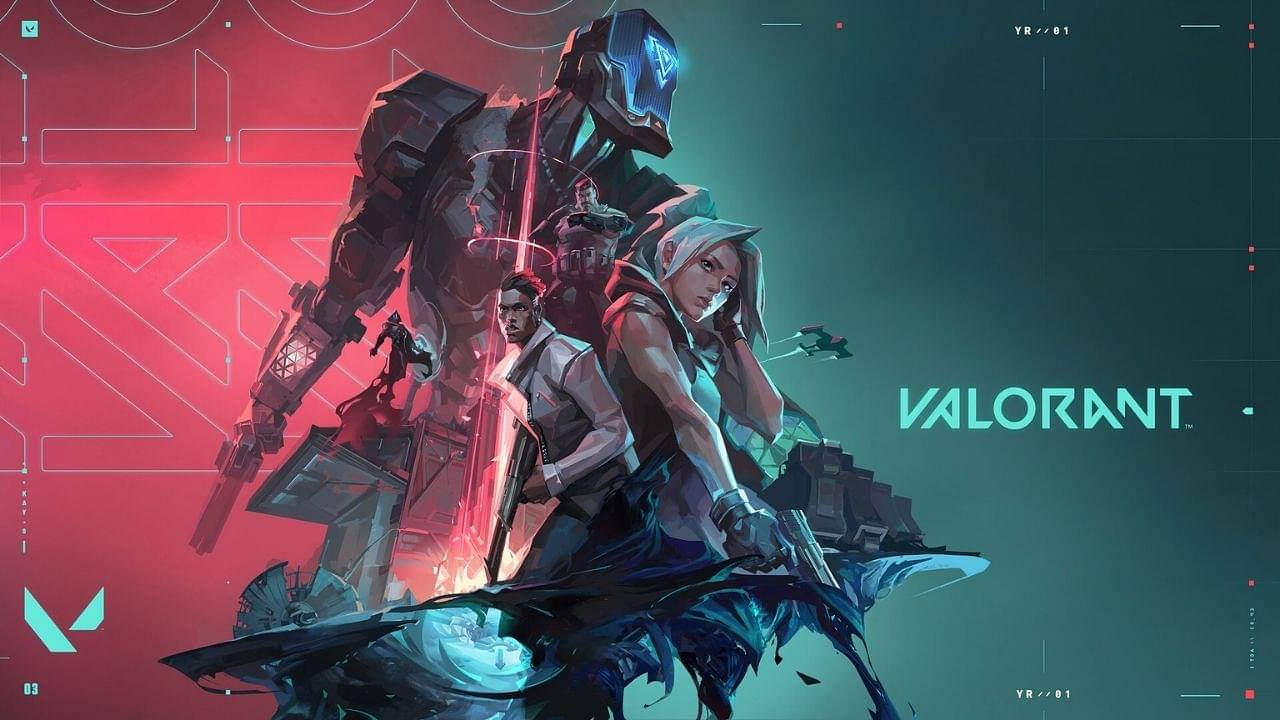 Do not be surprised if you have to dial down the graphics by quite some notches. It would be a difficult proposition to run the client on older hardware, as was the case with PUBG Mobile.

A game like Valorant on Handheld Platforms is pretty unique. It would be a pleasure to watch the game turn into budding E-Sports on Mobile, a gap that PUBG could not fulfil due to political reasons worldwide.

As a result, we are waiting eagerly to get our hands on the game to give first impressions. Do stay tuned.

Also read: Dota 2 vs LOL: Ceb seems to have an answer to the Eternal debate