After the minor upset in the VCT, looks like TSM is back in the upper leagues as they secure the dub in the YFP Winter Classic.

The performance of some of the top brands in the valorant competitive scene has been a bit rocky. As we saw some of the big names crumble in the open qualifiers of the VCT. However, after some practice and dedication, one of the teams seem to have come back from the swamps.

Apart from the Tier 1 VCT tournament, some minor league tournaments have started. One of which is the YFP WinterClassic, a tier 2 tournament with a total prize pool of 2.5K dollars. Some big names did take a part in this tournament starting with TSM, GenG, T1, Faze, and more. 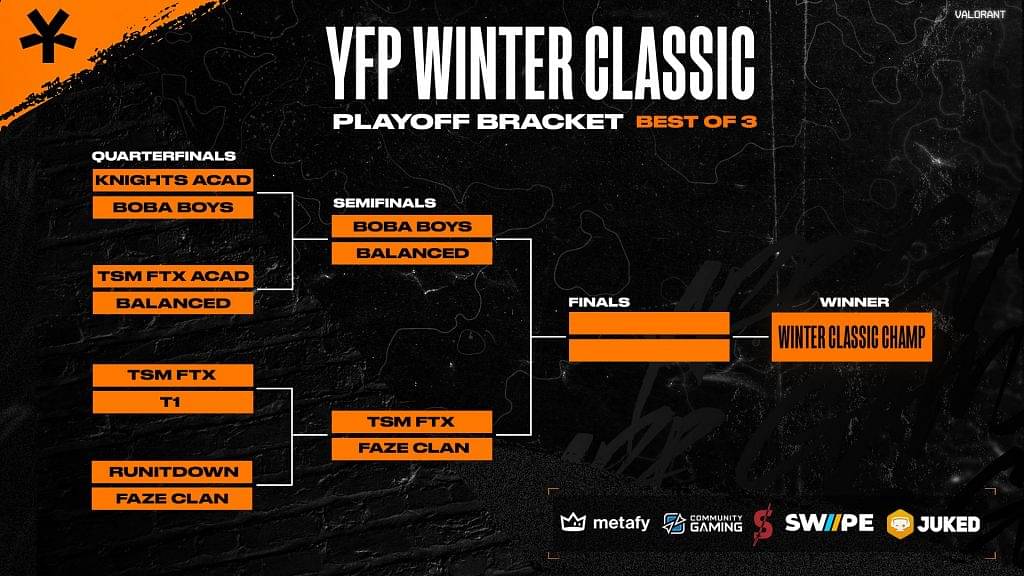 Also Read: 100 Thieves drops BabyJ and Ec1s from their Valorant roster after their latest loss

TSM took part in this series so that they can improve as a team, and get into the next Challengers. But for this tournament, their goal was to win and they got that in the bag.

Even though they went up against some of the well-known teams such as T1, Faze clan, and GenG. They made it to the finals by defeating each team with a score of 2-0. Which led to their final match against Boba boy, a tier 3 team.

But Boba Boys didn’t make it till here by chance and weren’t here to lose. They gave their best effort, ad even one on the first map, but didn’t get anywhere close to winning the rest 2. And TSM won the whole series and the tournament with a score of 2:1.

YFP WINTER CHAMPS 🏆@Corey_OW goes huge in the final round to take Haven 13-6 and grab the series #TSMWIN pic.twitter.com/ZQxzQYGZzb

Also Read: 100 Thieves sign JcStani and Bang with major changes in strategy and agent selection; all the professionals reacting over Twitter

This is just the being of TSM’s retribution and they have a lot to work to do before going against the big leagues.

How does F1 testing work: What time does the Barcelona pre-season testing start?